About the Energizer Club

The Energizer Club was founded March 1, 1983 as part of the Rocky Mountain Power Club. It was originally located in Ogden, Utah but it was later moved south to the University of Phoenix in Clearfield.

However, due to the lack of popular demand at the University of Phoenix, the club was forced to move to the Roy Library during the latter part of 2013. In February, 2014, the Energizer Club found a new home at Layton Christian Academy in Layton, Utah.

However, due to some technical difficulties, the club had to move again to its current home at the Broadview University – Layton Campus.

Currently, the club is serving as one of the clubs in the Davis-Weber County.  The club meets on the second and forth Saturday of each month from 10:00 to 11:15 am.

For more information about the club, please visit, http://2439.toastmastersclubs.org/ or scan the following QR code: 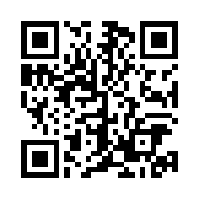 7 Responses to About the Energizer Club